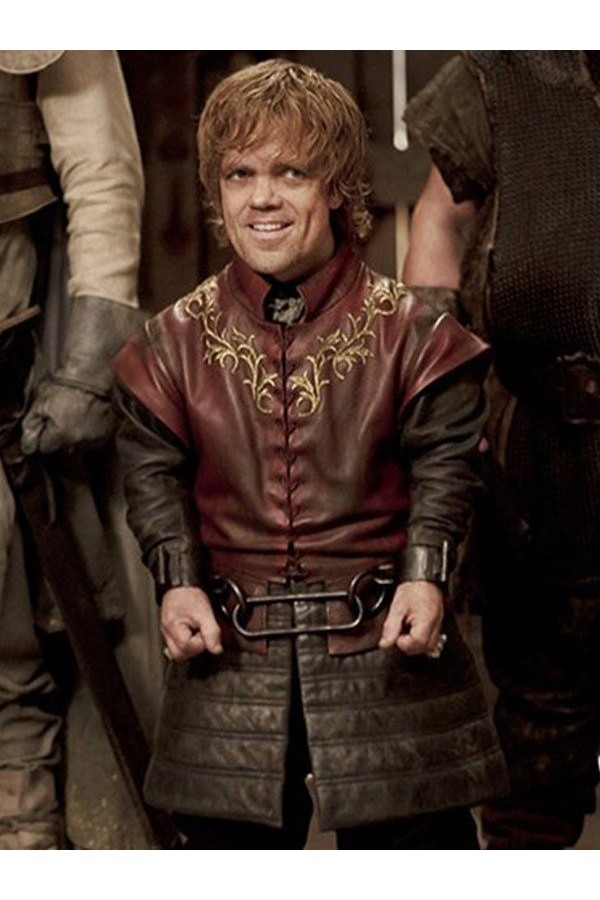 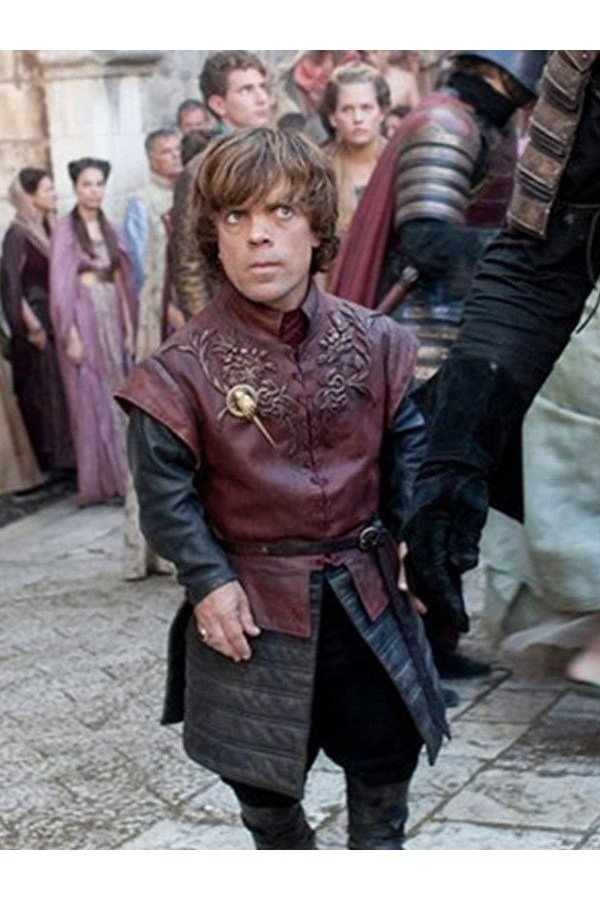 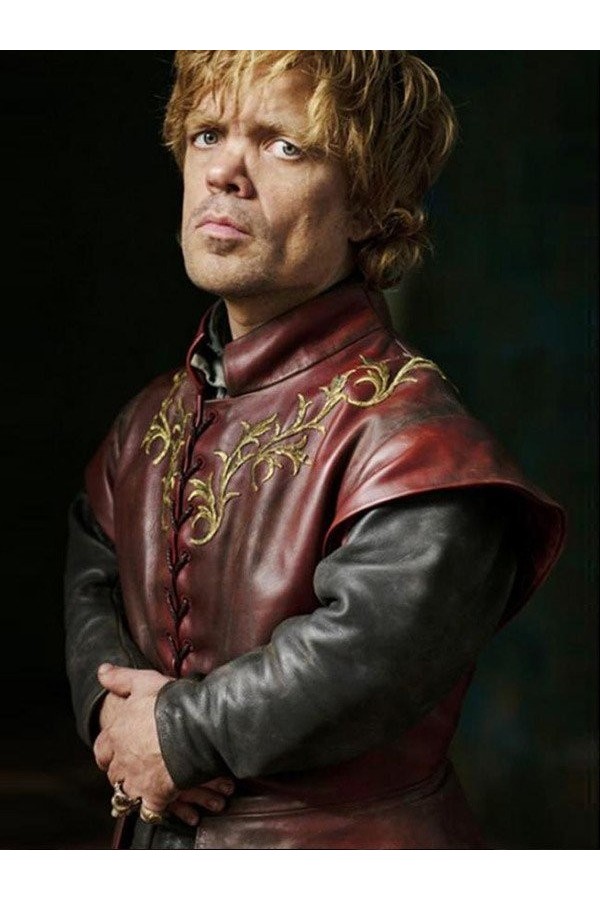 The Dwarf of protagonist character Tyrion Lannister in serial as major lead role performed by actor of television star named as Peter Dinklage in Game of Thrones which is most popular showing in all seasons of all times like a fantasy and sci-fi style for mostly watch by fans and taking interest as fellows, actor wore this Game of Thrones vest for his role as The Halfman as A Song of Ice and Fire which is distributed by HBO Enterprises and created that role.

Tyrion Lannister vest is majored for men as in the material of genuine leather crafted with viscose lines of inside the jacket by maroon color of overall, it has been designed by golden color as pattern from shoulder to chest as V style as leaves and plants. The stand collar been given at upside with front laces of closure to be wear for men that he can be attire it as apparel in all seasons like inner and outer. Fine stitching of entire the vest is showing for men to be comfort that he grabs in bachelor parties too as for concert stylish of flair, the hemline has been shorted above the bottom for men like a unique and fashionable.